Showers and bathtubs have advantages, and many people love having both fixtures in their bathrooms. Below are some tips on adding a shower to a bathroom that only has a tub.

Leave the Tub in Place

You have two options to introduce a shower in your bathroom. One is to replace the existing tub, and the other is to add the shower alongside the tub. Both options have their pros and cons, but you should consider leaving the tub in place. Leaving the tub in place is especially a great idea if it's the only one in your house.

For one, you may need a bathtub in the future. Secondly, a bathtub increases your home's resale value. Many homebuyers prefer homes with at least one bathtub to those without bathtubs. However, you can replace your tub if you need a shower and the bathroom cannot accommodate both fixtures.

You can safely have a tub under a window, but a shower near a window is a recipe for disaster. Water from the shower can easily get into the walls through the window-wall junction. Such water can cause costly structural damage.

Locate the shower away from the window if you have space for it and the existing plumbing system allows it. Alternatively, you can close up the window or relocate it.

Consider the Condition of the Existing Structures

Use the renovation opportunity to assess the bathroom's materials or structures and determine whether any need replacement. For example, you should assess the conditions of the existing framing, subfloor, and pipes. Replacing damaged structures and fixtures at this time is cheaper than handling their replacements as a stand-alone project later.

You have two basic floors to choose from for your shower. First, you can have a curbless floor where you don't have to step over anything to get into the shower. Secondly, you can introduce a curb on the shower door to contain the shower water.

Both options have their pros and cons. For example, some people like the clean look of curbless floors, even though they are tricky and relatively costly to implement. The curb option is relatively simpler and cheaper to install, even if it's not as aesthetically impressive. Talk with your plumbing contractor to determine which option is best for you.

Adding a shower to a bathroom is not a DIY task. A nonprofessional risks damaging something or using too much money on the project. Engage a plumbing contractor to help you install the shower. 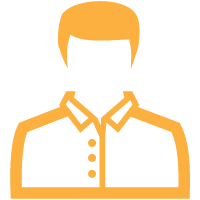 When we decided to build our dream home, I knew I had to do something to make sure the place was built to my specifications. I wanted every last detail to be completely perfect, so I started investing a lot of time and energy in choosing an excellent general contractor. After combing the market for a team of builders with an eye for detail, I was able to find a great business that I felt comfortable working with. They started working right when I told them to, and by the time they were done, the house was beautiful. Check out this blog for more information on working with a team of contractors.